We have been producing Synchro more than 70 years, since the institution's formation. The application is vessel, watergate and steel industry. It is widely used in the harsh environment of shock, dust, high-humidity and high-temperature. When Tamagawa was founded in 1938, the main application was oil meter of aircraft. After the World War Ⅱ, we commercialized Japanese Defense Agency's standard (at that time), 60 Hz and 400 Hz types. We made them our main products. We both have highly-reliable and high-accuracy Synchro. The latter is used for angle detecting sensor of Nobeyama Radio Observatory in 1981. The actual achievement of angle accuracy is 2.78 second. Synchro has 3-phases output. However, 2 phases structure of resolver is used for angle detecting sensor, like Synchro. The application is Hybrid Car and so on.

The principles of Synchro are similar to those of an electrical transformer. A shaft of the receiver rotates in unison with the rotation of a shaft of the transmitter. Using the above characteristics, Synchro is used for transmitting mechanical angle variation of transmitter over a long distance. (See fig. 1) Synchro is classified into 2 types. Torque Synchro as above and Control Synchro. Control Synchro detects the angle with receiving mechanical angle variation in the form of output voltage. 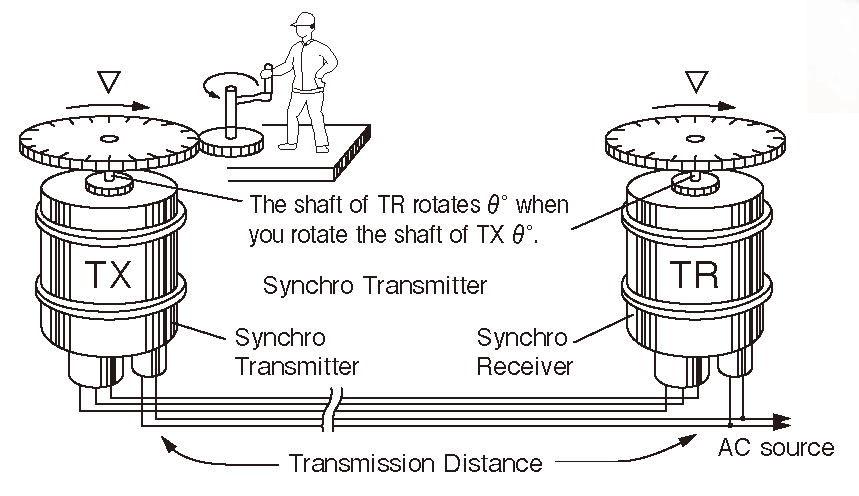 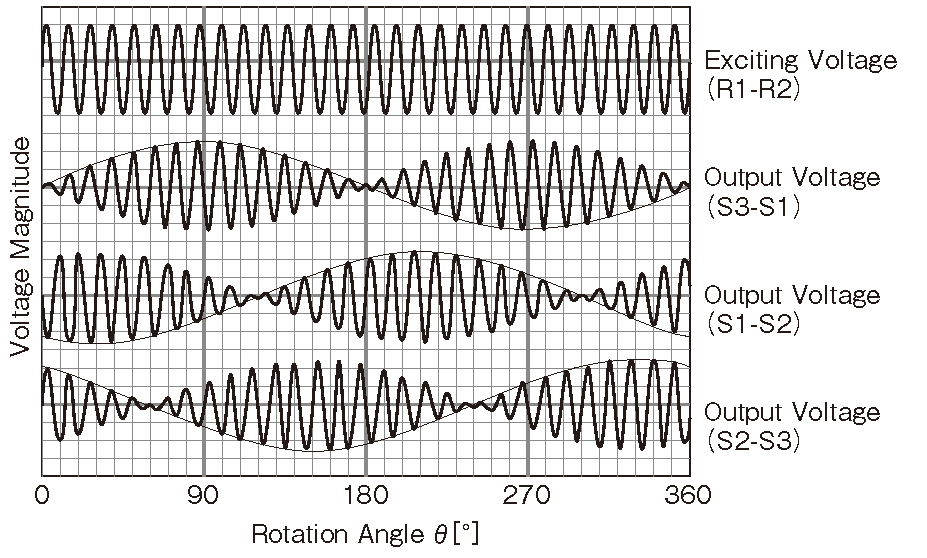 Function of Synchro and wiring diagram


Synchro is a type of rotary electrical transformer that is used for measuring the angle of a rotating machine. It is classified into two types ; Torque Synchro and Control Synchro.
The principles of Synchro are similar to those of an electrical transformer except that the iron core of Synchro consists of a rotor and a stator. Output voltage of Synchro varies in accordance with a rotation angle of a shaft.
Torque Synchro is used by connecting a torque transmitter (TX or G) with a torque receiver (TR or M). A shaft of the receiver rotates in unison with the rotation of a shaft of the transmitter. In other words, the receiver synchronizes exactly with the transmitter. So you can detect the shaft angle of the torque transmitter by measuring the shaft angle of the torque receiver.
Control Synchro detects a rotation angle by reading output voltage. When a shaft of a control transmitter (CX) or of a brushless control transmitter (BCX) is rotated, 3-phase output voltage changes corresponding to the shaft angle. So the shaft angle can be determined by detecting the output voltage. Structurally, Control Syncro is classified into two types : a brush type and a brushless type. 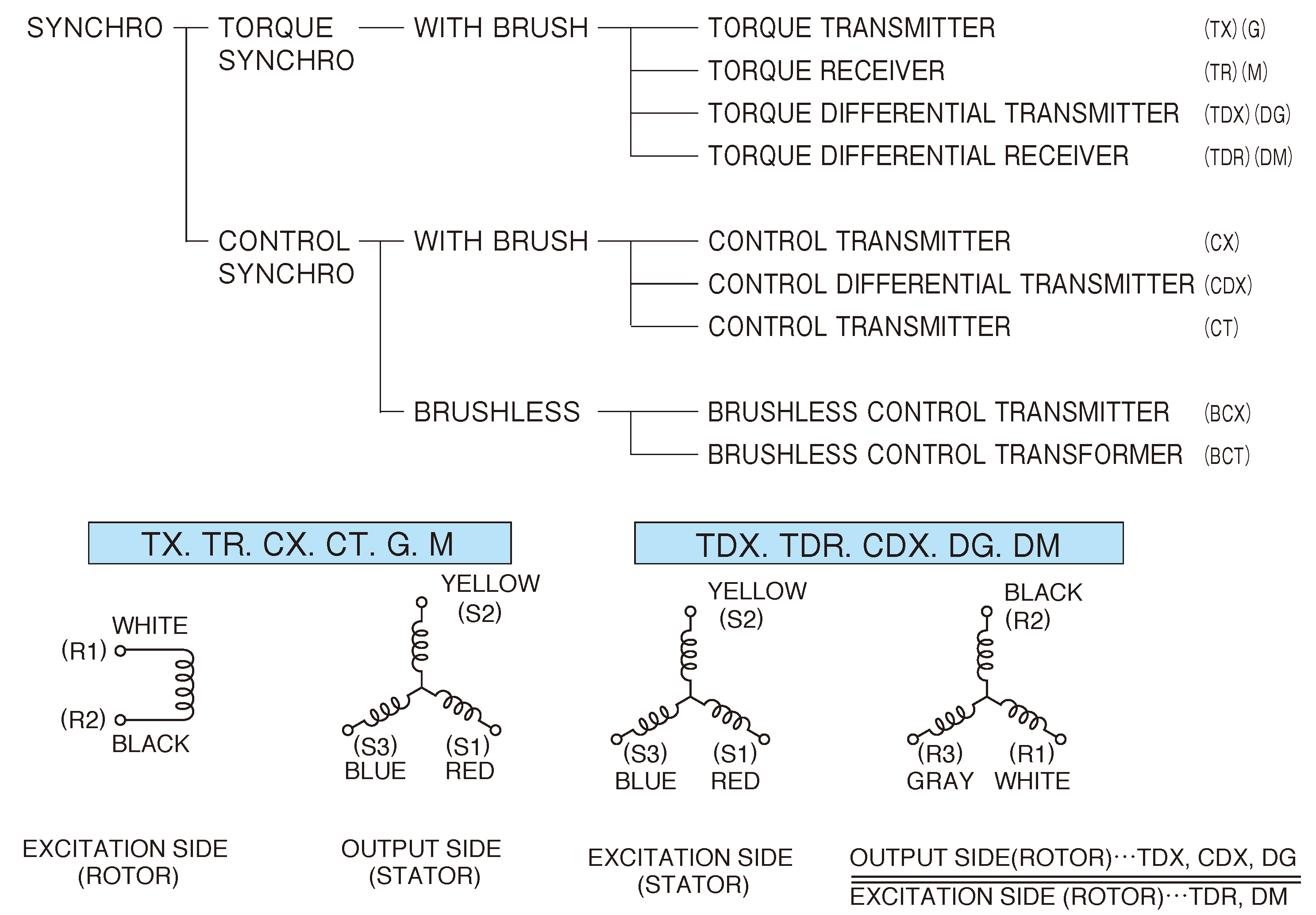